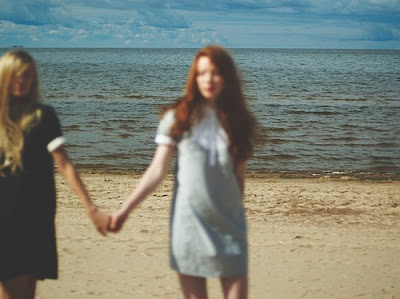 we’ve been thinking a lot lately about the notion of friends. the ingredients for beautiful, interconnected friendship. the force that draws two people into tight orbits of familiarity. the rare and earth-altering instance that a friend takes a place of family within a person’s heart.

life gets busy, communication gets proliferated, people get prioritized. the disengaged connectedness that facebook etc allows (and the recalibrating effects it’s had on the definition of a friend) have perpetuated an epidemic of mass-reaching, surface level relationships. so much so that it can affect a human’s every day behavior; the notion of friends curiously related to quantity. a rancher wrangling a herd of double-kisses.
as a result, perhaps we’ve let our guard down as to whom we allow to take those places of importance. perhaps we’ve allowed a deeper access where it was yet to be deserved. in truth, a friend is best chosen with the discretion one would choose a partner; their role in your life often as significant, as affected and affective. this class of relationship can often in fact be even more complex, if not solely for the rarity of friendship break-ups. sometimes, the toxicity is inescapable.
thus we’ve become no stranger to the idea of moving on with life, away from friends who do you wrong, rub you wrong, are just all wrong. the practice seems a natural progression forward, the soul searching out its complements for where it is in that moment. sometimes our rolling stone moves easy, those we’ve grown beyond dropping softly into the periphery. sometimes ends leave a bigger bang, the hard smack of reality leaving bruises left lingering long after their color’s faded. and sometimes people float away, drifting to a path of their own, future written serendipitous but the journey theirs to take for a while.
any way, either way, we continue to be reliant on our intuition’s perspective and the universe’s ability to dish up exactly what we need. we’re through resisting the flow, resigned to swimming the current, letting life (and people in it) come as it may. there isn’t any other way.
(image pinched from we heart it)

5 thoughts on “the antidote for enemies”