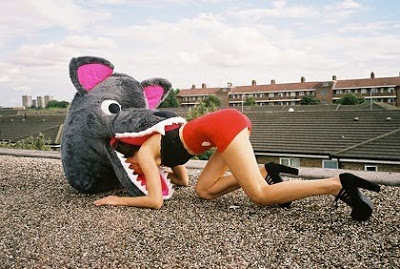 we are knee-deep in the rush of fall, writings work and want-to-dos lay strewn around half-hearted, half-complete. so much has been happening that nothing has been happening, which we know makes total sense, life spinning just few rotations faster than ideal. fuck we needed off of that ride. so we countered the chaos and spent the weekend nustled up, home our greatest comfort. our chi feels now much improved, and we hope yours is feeling just as sweet.

if you’ve no idea where the hell we’ve been (as we told our boss) it was fashion week, man: ten collective days of spring summer (11) wares presented by some of canada’s finest. and though we couldn’t sum the energy to see it all, it was nevertheless quite a celebration to bear witness (just the bejeweled, occasionally belligerent fly on the wall). we love the shows and their surrounding circus; eat it up as entertainment, content for le blog, excitement for our future closet. fun, as fashion should be. and while we will be (oh, eventually) sharing our favorites from the weeks, something sooner has us itching to write, eager to rantie. as it were.

as with every season, and we’re sure in every city, this semi-annual spectacle becomes as much a show of design collections as it does who’s what: two coasts of faces taking on a frightening familiarity as the models hours days pass by. one only inevitably begins to figure: the writers, the editors. prs and their peons. the designers, their devoted. personalities. personas. a complex, unendingly curious culture, and one into which we’re glad to have an ear once removed.

fashion is a world oft misconstrued by the masses: an industry dismissed as shallow in depth, effects on the everyday p’shawed as nearly negligent (lest any of us forget the school of cerulean) and most famously, an environment known to possess a cold and inhospitable air. truth is, fashion (itself) is anything but. it’s alive. joyful. sometimes transformational. the role it has in our stories, in how our lives lay out is nonpareil. it unites unknowns, leads legions across language. creativity brought to life.

to be honest all the antics didn’t fit with the faces across from us. we sat distracted, daydreaming the other-people drama (almost all come to life online) and played out the digital digs were they to happen in the flesh. would they stay hard lines, black on white, architected to cut and steal a breath? would they brush away in the mess of the mind, grubby and grey, fuzzy in interpretation, weird from hereon in?

hardly. when humans come together connection and commonality are all but inevitable. empathy, endearment can even go down (depending on your appetite). seems to us too much is left looming, just suspended in cyberspace. too much time tweeting things better left unsaid. one hand on the network, how bout the universe? brasandranties thinks we all need to try and lighten things up a little, laugh some more, dare we say love. it’s just fashion, after all.

One thought on “fashion week wars”