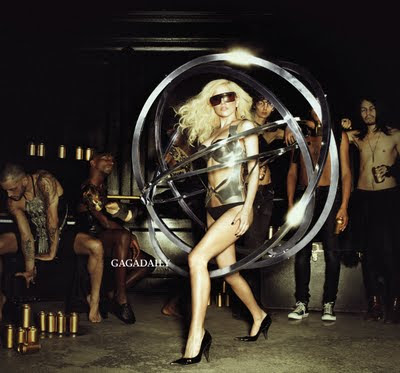 the glovies would have been the perfect cherry to our gaga getup on saturday night – so much so it pains our heart to think of it. nevertheless we managed to find an acceptable costume to honor the lady herself after a last-min search yeilded us prime tickets to the monster ball.

the show was as glamorously absurd as expected, a live fashion editorial musically narrated by a surprisingly gifted singer. in fact it was when gaga chilled the fuck out for a moment and treated us to her raw vocals en piano that we were able to see the classically trained artist shine her light. then she found a piece of glass and started cutting herself. obviously.
considering the cutting, all the vajayjay stroking, the omnipresent ass cheeks, the choreographic interpretation of double penetration and enough fuck you’s to make even bras and ranties take offense, it’s debatable whether we should have been surrounded by so many ten year olds. however we agree with the sentiment that (pop) culture is hungry for our next mainstream icon. and despite your own opinion on the matter, we think she’s been found by the masses.
we’re pleased to see a performer (for that’s really what describes her best) of growing influence so deeply rooted within the world of fashion – gaga’s concert wardrobe was absolutely dripping in couture. her stylist nicola formichetti is about to start getting a lot of attention. and while we wish we’d heard more of her voice, both literal and figurative, it was a spectacular spectacle indeed.