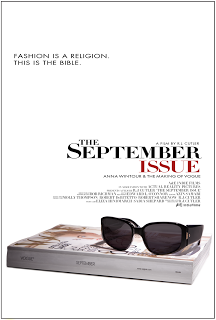 consider us panting in anticipation for the release of the september issue, rj cutler’s upcoming documentary of anna wintour preparing the 2007 september issue of vogue; the magazine world’s biggest issue ever.
in truth, i watched the trailer twice. solely because everything wintour is pure brilliance. all it takes is one look and this bitch can freeze your entrails, or turn you superstar. j’adore.
the september issue won the grand jury prize for excellence at this year’s sundance festival. it is set to be released august 28th. see you there.