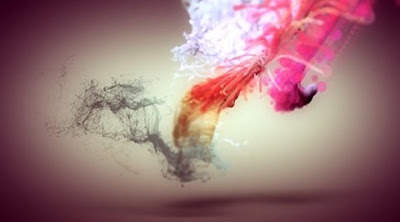 so we lied before.

it was more of an omission really, but there was a greater reason for our silence over the past few days beyond simply being bananas and brain dead. we were stuck. completely blocked. unable to write. unable to even think, much to the chagrin of our client line-up.

at first we thought it had finally happened – that our mind had conked, shut down for the remainder of the year to recoup and rejuice. we were left feeling uneasy, but dismissed it as the blogette-guilt that amasses incremental throughout each day of our silence. but by shit, were we grumpy. something was up.

the lights came on the moment we realized: we weren’t stuck, we were hungry. hungry to write. starved even.

writing is the only outlet that has ever provided a creative release for bras and ranties, save for our outfits, of course. and while we think we’ve found a medium which suits in the blogette, there are times when a girl’s just got to get raw. weird. emotional. without worrying about grammatical consistencies.

we found it telling, tragic and beautiful when a dear friend informed us that (in her ancestral language) there is no word for love. left curious and inspired by a world with a blurry view on what seems to be the focused obsession of others, we prose-puked our guts out.

we’ve decided to share – certainly not because it’s worthy of publishing, but precisely because it isn’t. it’s just life. it may not look like it en-facebook, but our lives are art-worthy. each day is. life can knock you down, or it can feed and inspire you. the choice is yours.

One thought on “inspirations”