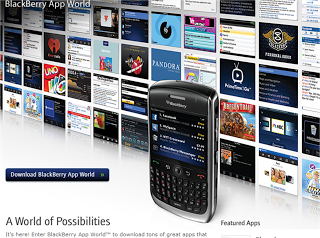 apparently we’re supposed to care that blackberry has launched an app store, modeled after the iphone only about 18months too late.
i took a look at what apps were being featured before i bothered downloading the shit. i at least expected to see weather, and maybe even that restaurant reco thingie in the apple commercial. but no! nothin but balls.

One thought on “lame.”