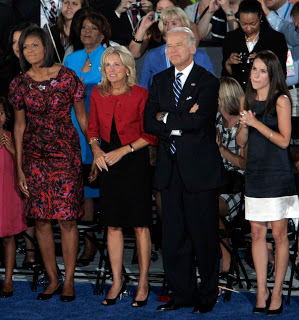 us vice prez biden’s daughter ashley is in some serious shit. the 27-year-old social worker has a frienemy who’s shopping around a video of dear ash snorting coke at a party. apparently the vid is considered legal, as the friend claims ashley knew she was being taped.
let me start off my saying that coke is for chumps. never done it. like…really? ew.
which brings me to my next point. if, for some reason, you happen to be a chump…do you really want to be a chump caught on tape?
this happened to a nameless, faceless acquaintance of mine, who’s father happens to be a somewhat…prominent businessman. so imagine my surprise, when creeping facebook one lazy sunday, to find shots of this sucker seated at a table, upon which are piles of some very suspicious activity! on fucking facebook! like….really? ew!!
anyways, ash…you should probably quit the yeyo.