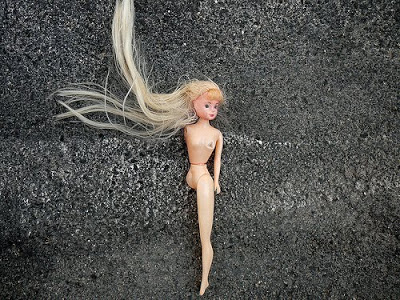 we were four. suburbs of new jersey, our best friend forever and her italian catholic family just one street over. one dinner in particular, her father readily recounts how he’d suggested a nose job for his now-wife prior to his proposal. the brood laughs. brasandranties lurches.

eleven, chicago. the bleachers of our junior high, an odd experience (for any) made all the more so by our company. strangely enrolled in a gifted school (our mascot was a seahorse) we’d been focused on our mind (less our looks) until our sister takes a layup and our father quips from behind: he’d missed it, brasandranties’ nose had been in the way.

seventeen, toronto. high school textbook sale. thumbing through that year’s yawn fest something compels us to look left. there we’re faced with it: our classmate, minus about 78% of the nose she’d had the year before. like, tori spelling styles. like, a nub. like a doll.

and so outlines our path from awareness to obsession to horror toward the notion of a nose job, despite the austere proportions with which we’ve been blessed. while we can often be found insisting that we’d for sure fall victim to plastic’s facelessness (jennifer grey, anyone) it’s really because we can’t handle the idea of something chiseling up our nostril. but whatever it takes.

most of you have already seen the transformation of heidi montag, the curious and the perverted already squinting at their screens, guessing at her change. her measures of insecurity. and yet it wasn’t a disgust reminiscent of the nub that had us clicking off the hills premier tuesday night. it wasn’t an itchy discomfort at the unveil of her new face (new boobs, new ass) that sent us reeling. nor was it empathy, to be honest. no sadness for how empty someone’s soul must be to want to look that fucked (we have our own shit to worry about). in fact it was simply repulsion: toward mtv and their mockery of the whole thing. of the lives of these girls. especially considering their hand in it.

these young things signed up for the mtv machine fresh, hopeful and naive about the promises. the doors and dreams that were to line their yellow brick roads. now they’re out the other end (this is the end, after all) a summary of our inventory: heidi (13+ plastic surgeries, marriage for marketing) kristin (90lbs with an obvious cocaine habit) stephanie (new face, jail twice, rehab twice, with an obvious cocaine habit) audrina (mental faculties questionable, also plastic). and then lo (what a wonder).

these girls (and their designed, inauthentic lives, conversations and friendships) are broken. and they were broken by our mtv. they’ve had their souls chopped up and fed back to them (and to us) in little bits; wrapped in shiny bows of materialism, of insecurity, of fucked up priorities. just as they want us. and rather than intervene throughout the obvious demise of these lab rat lives each season (ie shifting the entire hills ‘reality’ into an critically important message for young girls) mtv instead chose to flaunt their fucked-upedness. to dangle each damage like meat to the wild, unveiling each grimy piece shamelessly. mockingly.

truth is we’re disgusted that any organization can get away with it, most especially one with such a place within culture – within reality – as mtv. breaking youths into ruin while trying to convince us they’re not involved? it’s exploitative. it’s fucking monstrous. and it’s enough. we beg of you.

12 thoughts on “playing with barbies”