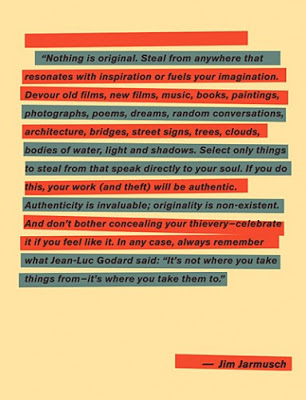 after weeks of being compelled by friends and readers to direct our attention to a certain blogette on the block, we finally clicked through to see what all the fuss was about. and fuss we did. we will (as usual) omit all specificities, but tone, manner and vernacular most certainly had us up in arms. and despite our saturday morning rantie on the matter, the discovery has subsequently left us as perplexed as we are vexed.

we spent the remainder of weekend mulling over the notion of imitation. why it annoys us so. and why anyone even bothers with it in the first place.

the patient woman would argue the act’s most flattering virtues, prescribing the inclination to follow as a person’s most humble token of compliment. sincere, we believe they call it. and yet somehow the whole thing feels just the opposite.
imitation is not flattery. inspiration is. a curious mind will be taken with a concept, an artistic inclination, a style a feeling or a notion – and then mold it as it will. allow the contours of the brain to reshape the possibility, synapses changing the make-up of an idea. it’s about turning something into your own. it’s about authenticity.
and while we admit the line dividing imitation and inspiration is as invisible as it is relative (and we admit bras and ranties may be somewhat overprotective of our own brand guidelines) the truth: if your intended audience is yelling rip off, it’s time to change up your game. this seat’s taken.
as for us, we’ve heeded sage advice and used the rude interruption as our own inspiration to further refine and evolve what we do. to continue making this uniquely ours. to be bold. to be real.
try it some time.