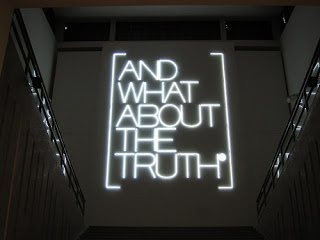 while browsing twitter tonight (quickly turning in to one of our favorite obsessions of note) we stumbled upon a recent stat that jarringly reminded of the olden days. the days before bras and ranties. the days before our independence from the 9-5 (x5 x49 xthe rest of your life). it was enough to almost bust our chi on the spot, until we remembered that our crazy life is actually much less scary than this concept

where were we going with this?
oh yes. apparently 54% of companies have now completely banned social networking on-site. facebook, twitter, you name it, it’s dunzo. turns out productivity is dropping a dramatic 1.5% (ooh la) with some cases (slash addictions) obviously more extreme than others. we were reminded upon reading the information of when a former company we worked with unsuccessfully tried to implement a similar strategy. pay no mind to the fact that the agency was selling ideas rooted in understanding consumer worlds and realities, oh no. it came down (as it so always does) to dollars and cents.
our so humble opinion remains today as it did then. one is an adult, employed by another, with performance standards that must be met in order to remain employed. they’re not met…you guessed it, einstein.
reigning in and harnessing the behaviors of your employees – or their access to the world – is a policy that displays exactly how much it is they’re worth to you. or shall we say how little. fresh minds invigorated with stimulus, conversation and contact are required in a productive workforce. cut them off from the world and they’ll deliver just that; ideas that are out of touch.
get with the times, you old fucking farts. social networking. connection. it’s not another world, it’s the real world. it’s one world. there is no distinction, it’s integral to the lives, happenings and conversations of the modern creature. it is now. catch up or die.