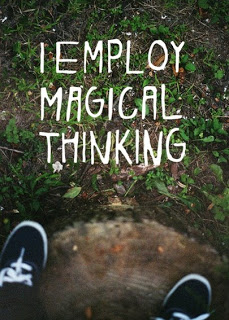 in case you weren’t aware (as we’ve been told we rarely mention her en-blogette) bras and ranties is blessed with an exceptionally smart sister. despite early-childhood i.q. tests placing me only one (measely, inconsequential, tormenting) i.q. point behind my younger sis, she went one to study pure mathematics @ oxford, receive a masters in criminology @ san diego state and begin her phd in sociology @ macmaster. at the age of 26.
meanwhile, me and my one-point deficiency went on to sell more chips to prepubescent boys and write an awesome blogette about boys and style! i digress.
she is also only one of two people i know on earth that are as emotionally and philosophically intelligent as they are book-smart. i theorize that the common thread between the two camps (between the thinkers and the feelers…as you can be both) is simply curiousity. discomfort with simply accepting the world at face-value. inability to quiet hauntingly-consistent questions about the world around you.
i believe i possess a similar pov on the world, though it was admittedly tardy in its arrival as a guiding ethos in my life. and as the quest for insight becomes an increasingly magnificent force, so does my realization that SO many people around me just. don’t. bother.
i’m puzzled by those who aren’t actively attempting to understand and actualize their place in the world. it seems so much cerebral energy goes into work, (often tiresome) relationships, and people drinking their fucking faces off to try and forget about how much shit sucks. it’s so important to give yourself time to cultivate your own philosophies and unique perspectives – whatever your medium, and however you get there.
i’m not trying to be mean, and i know all of my friends are going to think i’m talking about them. maybe i am. it’s my blogette and i’ll do what i want to. na na na na boo boo.