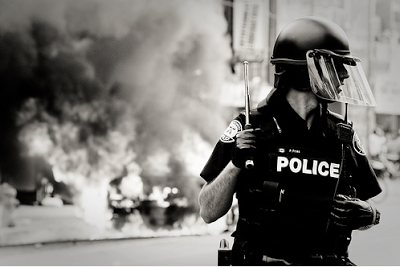 we watched this weekend’s siege of our city just a spectator, to both the movements and the mayhem. cocooned in our guilt within canada’s paradise, that great north, the two cents of an armchair worthless by all accounts. in truth, being left to witness what went down through a screen gave the whole thing a surreal, manufactured feeling. reminiscent of hollywood, as it were. glimpses of a town familiar, masked in an alien narrative. the backdrop of a made up land.

what’s undeniably real is that we returned to a city that feels as different as it’s looked these past days. to say otherwise clearly means you have yet to see this, or this, or this. it feels sad. less innocent, less hopeful. it feels traumatized, grim reminders everywhere that it’s not as much ours as we’d have liked to think.
all eyes are at once on canada, the quiet force sitting in wait with his magic tricks. oil. water. land. lumber. air. where we see canada’s most darling, harper sees big fucking bank. so he takes the world’s most powerful figures (figureheads fingerpuppets) to one of our country’s most glorious geographies (lest we forget the world just saw the other) to talk shop. then he corrals a few more of ’em downtown (ignoring mayoral recommendations it take place at the ex, which already has a wall) and instead heads straight into the heart of our city. the heart of this country’s (strong) economy. cha-ching. showoff.
meanwhile, how to remove those stubborn curiosities, those inquisitive concerns of the world’s citizens about what’s actually being discussed at this roundtable. what’s being dealt on our behalf. how about purposely inciting mass exodus (the potential accounts of the lawyered up) then purposely enticing mass destruction? vandals left to run wild through the streets for 90mins on day one (fires burning, media’s trojan horse) justifies the ludicrous 1.2billion dollar spend. getting tough the next day (denying rights, detaining unlawfully, assaulting verbally physically sexually the peaceful people) shows the world we aren’t going to play so nice anymore.
along with a call for public inquiry, brasandranties calls for the upgrade of harper’s strategist. the whole thing was just for show. public relations. advertising. and transparent, at that. the fiasco was simply a brand repositioning. canada land: timid no longer.
perhaps what the institutions didn’t bank on was the force of the collective, the voices involved each with their own turn at the megaphone. timid no longer. we have a feeling stories will keep coming keep coming keep coming. and we want to know: what actually happened here this weekend, and why. and who’s fucking canada is this anyway?
(image stolen from jen takes pictures)