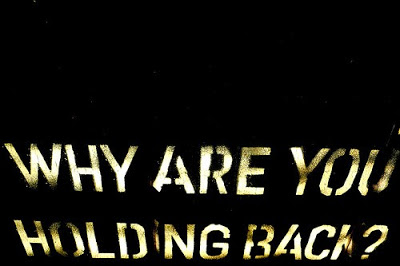 hi bras and ranties, hoping you can give me some advice. i’ve been with my girl for three months. she’s seven years my senior and ended a long term relationship about a year ago. we’ve been taking it chill and slow, but have had the exclusivity talk and have intro’d each other to friends. a few of her girls dropped hints when they met me: one said finally, another that her friend should hold on to me. i would say things are going great, except for the fact that when we’re not together, we rarely converse. i’m the one initiating convos; otherwise we’d have no banter whatsoever. and while she’s not secretive, she’s not exactly offering up what else she’s up to. so, what do you think? is she in this or out of this?

out. but technically in. okay, maybe just the tip.
sir it appears your dear has her head in it, but not her heart. for whatever reason (be it friends, be it philandering, be it fear factor) your girl seems to have allowed you close, but just not close enough. three months in is more than enough time for something chill to pick up momentum (enough at least to keep in touch). if you were going to tumble over into the tundra of the attached, you would have done so already. label or not, this girl is not your girlfriend.
who’s to say what compels any human to cushion themselves with space, to build unscalable boundaries, lift the drawbridge to the other side. what we do know is that it’s usually not personal; the head, the heart, the soul have got to each be ready to rumble before a true relationship is made. unless she’s simply a sociopath, it sounds to us like she’s just not there.
it begs the question: how into it are you? if you’re falling for the woman (if you’re content with her pace, her space) then go forth and conquer – you might regret it if you don’t. but be warned: when a relationship is out of balance (when the tug of war for power is so unevenly stacked) it rarely ends well. watch your back, and your heart.

3 thoughts on “what would bras and ranties do?”